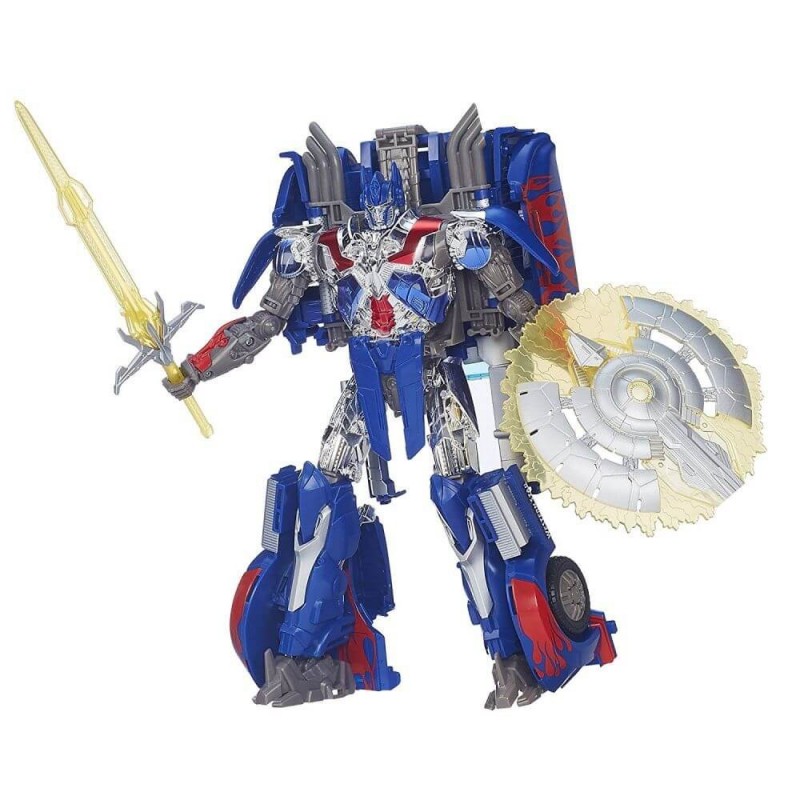 A new era in the epic Transformers saga begins with Transformers: Age of Extinction. Three years after the Battle of Chicago, the war between the Autobots and Decepticons rages on with the fate of Earth hanging in the balance. This First Edition Optimus Prime figure is the first to feature the Autobot Leader's reimagined design featured in the fourth live-action Transformers movie.