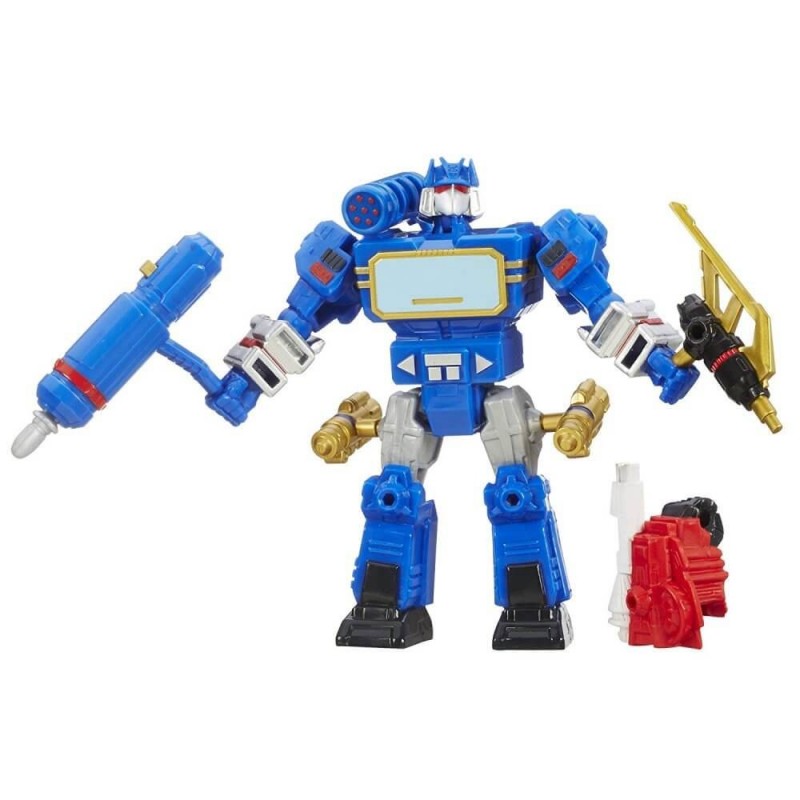 Lend a bot a hand -- or a leg! Your Soundwave figure has all the might of any of the Transformers, but he's got more than that. He can become even more powerful with other Hero Mashers parts, and he comes with swappable battle gear! All his parts are removable, so you can swap parts from other Hero Mashers figures (sold separately) to give him different powers. Will he win the fight with a Jetfire arm, or a Rodimus leg? He’ll be unstoppable with his firing blaster, or a weapon from another figure.